131 This is the third time I am coming to you. In the mouth of two or three witnesses shall every word be established. 2 I told you before, and foretell you, as if I were present, the second time; and being absent now I write to them which heretofore have sinned, and to all other, that, if I come again, I will not spare: 3 Since ye seek a proof of Christ speaking in me, which to you-ward is not weak, but is mighty in you. 4 For though he was crucified through weakness, yet he liveth by the power of God. For we also are weak in him, but we shall live with him by the power of God toward you. 5 Examine yourselves, whether ye be in the faith; prove your own selves. Know ye not your own selves, how that Jesus Christ is in you, except ye be reprobates? 6 But I trust that ye shall know that we are not reprobates. 7 Now I pray to God that ye do no evil; not that we should appear approved, but that ye should do that which is honest, though we be as reprobates. 8 For we can do nothing against the truth, but for the truth. 9 For we are glad, when we are weak, and ye are strong: and this also we wish, even your perfection. 10 Therefore I write these things being absent, lest being present I should use sharpness, according to the power which the Lord hath given me to edification, and not to destruction. 11 Finally, brethren, farewell. Be perfect, be of good comfort, be of one mind, live in peace; and the God of love and peace shall be with you. 12 Greet one another with an holy kiss. 13 All the saints salute you. 14 The grace of the Lord Jesus Christ, and the love of God, and the communion of the Holy Ghost, be with you all. Amen.

41 The sons of Judah; Pharez, Hezron, and Carmi, and Hur, and Shobal. 2 And Reaiah the son of Shobal begat Jahath; and Jahath begat Ahumai, and Lahad. These are the families of the Zorathites. 3 And these were of the father of Etam; Jezreel, and Ishma, and Idbash: and the name of their sister was Hazelelponi: 4 And Penuel the father of Gedor, and Ezer the father of Hushah. These are the sons of Hur, the firstborn of Ephratah, the father of Bethlehem. 5 And Ashur the father of Tekoa had two wives, Helah and Naarah. 6 And Naarah bare him Ahuzam, and Hepher, and Temeni, and Haahashtari. These were the sons of Naarah. 7 And the sons of Helah were, Zereth, and Jezoar, and Ethnan. 8 And Coz begat Anub, and Zobebah, and the families of Aharhel the son of Harum. 9 And Jabez was more honorable than his brethren: and his mother called his name Jabez, saying, Because I bare him with sorrow. 10 And Jabez called on the God of Israel, saying, Oh that thou wouldest bless me indeed, and enlarge my coast, and that thine hand might be with me, and that thou wouldest keep me from evil, that it may not grieve me! And God granted him that which he requested. 11 And Chelub the brother of Shuah begat Mehir, which was the father of Eshton. 12 And Eshton begat Bethrapha, and Paseah, and Tehinnah the father of Irnahash. These are the men of Rechah. 13 And the sons of Kenaz; Othniel, and Seraiah: and the sons of Othniel; Hathath. 14 And Meonothai begat Ophrah: and Seraiah begat Joab, the father of the valley of Charashim; for they were craftsmen. 15 And the sons of Caleb the son of Jephunneh; Iru, Elah, and Naam: and the sons of Elah, even Kenaz. 16 And the sons of Jehaleleel; Ziph, and Ziphah, Tiria, and Asareel. 17 And the sons of Ezra were, Jether, and Mered, and Epher, and Jalon: and she bare Miriam, and Shammai, and Ishbah the father of Eshtemoa. 18 And his wife Jehudijah bare Jered the father of Gedor, and Heber the father of Socho, and Jekuthiel the father of Zanoah. And these are the sons of Bithiah the daughter of Pharaoh, which Mered took. 19 And the sons of his wife Hodiah the sister of Naham, the father of Keilah the Garmite, and Eshtemoa the Maachathite. 20 And the sons of Shimon were, Amnon, and Rinnah, Benhanan, and Tilon. And the sons of Ishi were, Zoheth, and Benzoheth. 21 The sons of Shelah the son of Judah were, Er the father of Lecah, and Laadah the father of Mareshah, and the families of the house of them that wrought fine linen, of the house of Ashbea, 22 And Jokim, and the men of Chozeba, and Joash, and Saraph, who had the dominion in Moab, and Jashubilehem. And these are ancient things. 23 These were the potters, and those that dwelt among plants and hedges: there they dwelt with the king for his work. 24 The sons of Simeon were, Nemuel, and Jamin, Jarib, Zerah, and Shaul: 25 Shallum his son, Mibsam his son, Mishma his son. 26 And the sons of Mishma; Hamuel his son, Zacchur his son, Shimei his son. 27 And Shimei had sixteen sons and six daughters: but his brethren had not many children, neither did all their family multiply, like to the children of Judah. 28 And they dwelt at Beersheba, and Moladah, and Hazarshual, 29 And at Bilhah, and at Ezem, and at Tolad, 30 And at Bethuel, and at Hormah, and at Ziklag, 31 And at Bethmarcaboth, and Hazarsusim, and at Bethbirei, and at Shaaraim. These were their cities unto the reign of David. 32 And their villages were, Etam, and Ain, Rimmon, and Tochen, and Ashan, five cities: 33 And all their villages that were round about the same cities, unto Baal. These were their habitations, and their genealogy. 34 And Meshobab, and Jamlech, and Joshah, the son of Amaziah, 35 And Joel, and Jehu the son of Josibiah, the son of Seraiah, the son of Asiel, 36 And Elioenai, and Jaakobah, and Jeshohaiah, and Asaiah, and Adiel, and Jesimiel, and Benaiah, 37 And Ziza the son of Shiphi, the son of Allon, the son of Jedaiah, the son of Shimri, the son of Shemaiah; 38 These mentioned by their names were princes in their families: and the house of their fathers increased greatly. 39 And they went to the entrance of Gedor, even unto the east side of the valley, to seek pasture for their flocks. 40 And they found fat pasture and good, and the land was wide, and quiet, and peaceable; for they of Ham had dwelt there of old. 41 And these written by name came in the days of Hezekiah king of Judah, and smote their tents, and the habitations that were found there, and destroyed them utterly unto this day, and dwelt in their rooms: because there was pasture there for their flocks. 42 And some of them, even of the sons of Simeon, five hundred men, went to mount Seir, having for their captains Pelatiah, and Neariah, and Rephaiah, and Uzziel, the sons of Ishi. 43 And they smote the rest of the Amalekites that were escaped, and dwelt there unto this day.

11 The word of the LORD which came unto Zephaniah the son of Cushi, the son of Gedaliah, the son of Amariah, the son of Hizkiah, in the days of Josiah the son of Amon, king of Judah. 2 I will utterly consume all things from off the land, saith the LORD. 3 I will consume man and beast; I will consume the fowls of the heaven, and the fishes of the sea, and the stumblingblocks with the wicked: and I will cut off man from off the land, saith the LORD. 4 I will also stretch out mine hand upon Judah, and upon all the inhabitants of Jerusalem; and I will cut off the remnant of Baal from this place, and the name of the Chemarims with the priests; 5 And them that worship the host of heaven upon the housetops; and them that worship and that swear by the LORD, and that swear by Malcham; 6 And them that are turned back from the LORD; and those that have not sought the LORD, nor enquired for him. 7 Hold thy peace at the presence of the Lord GOD: for the day of the LORD is at hand: for the LORD hath prepared a sacrifice, he hath bid his guests. 8 And it shall come to pass in the day of the LORD's sacrifice, that I will punish the princes, and the king's children, and all such as are clothed with strange apparel. 9 In the same day also will I punish all those that leap on the threshold, which fill their masters' houses with violence and deceit. 10 And it shall come to pass in that day, saith the LORD, that there shall be the noise of a cry from the fish gate, and an howling from the second, and a great crashing from the hills. 11 Howl, ye inhabitants of Maktesh, for all the merchant people are cut down; all they that bear silver are cut off. 12 And it shall come to pass at that time, that I will search Jerusalem with candles, and punish the men that are settled on their lees: that say in their heart, The LORD will not do good, neither will he do evil. 13 Therefore their goods shall become a booty, and their houses a desolation: they shall also build houses, but not inhabit them; and they shall plant vineyards, but not drink the wine thereof. 14 The great day of the LORD is near, it is near, and hasteth greatly, even the voice of the day of the LORD: the mighty man shall cry there bitterly. 15 That day is a day of wrath, a day of trouble and distress, a day of wasteness and desolation, a day of darkness and gloominess, a day of clouds and thick darkness, 16 A day of the trumpet and alarm against the fenced cities, and against the high towers. 17 And I will bring distress upon men, that they shall walk like blind men, because they have sinned against the LORD: and their blood shall be poured out as dust, and their flesh as the dung. 18 Neither their silver nor their gold shall be able to deliver them in the day of the LORD's wrath; but the whole land shall be devoured by the fire of his jealousy: for he shall make even a speedy riddance of all them that dwell in the land. 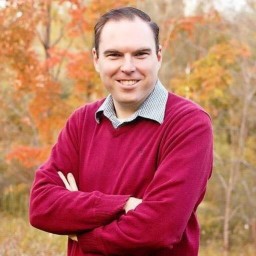 Changing My Song: From Worry to Worship

OUR RESPONSE TO THE CORONAVIRUS